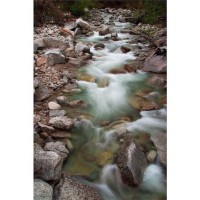 Economics is, originally and fundamentally, the art of household management. In this month’s column, I want to address an important economic issue for the Town of Alta. The moment is ripe for this discussion because the staff and the Town Council and I are now considering next year’s budget, which must be proposed at this month’s Council meeting and adopted in June.

Many services provided by towns are available to all to use, without a per-use fee. The police is one prominent example, and in most municipalities roads are another. These services are funded by taxes and show up on a general fund budget. Other services – especially those that are metered – are managed as enterprises with their own separate budgets with revenues coming from user fees and expenditures limited to specific purposes. Water is a prominent example of this category. In Alta both our water and sewer systems have their own enterprise budgets.

Besides being metered, it makes sense for our water to be managed as a distinct enterprise because Alta’s taxpayers reside in two separate water districts. About thirty percent of our residents receive water from the Salt Lake County District 3 while the rest receive water from the Town of Alta. All Alta property owners pay property tax to the Town, however, so if taxes supported our water system, rather than user fees, the District 3 customers would be paying both for their own water and that of the customers of the Town of Alta’s system.

Of course, as an enterprise it is critical that our water system be managed with fiscal responsibility. Revenues must be adequate not just for day to day operations, but for repairs to and replacement of the system itself. Rather than simply consume in the present, one must save for the future. Undercharging for water is a temptation that we have to resist; while low rates are attractive to customers today, they do not provide for the continued service that will be needed in years to come nor do they create adequate reserves for both planned and unexpected repairs.

In preparing a proposed budget for 2019-2020, however, I’ve learned that our water system has not been saving enough. In 2017-2018 we had a positive cash flow of $27,000, which sounds like plenty but is actually less than half of the amount the system depreciates each year. In 2018-19, the cash flow is expected to be negative, because of expenditures for improvements to the Grizzly Gulch water line. The difference between revenues and expenses this year will be made up out of our water system’s savings account, which has a balance (including receivables) of about $386,000. However, I have discovered that that fund actually has liabilities of over $390,000!  About 99% of that liability is a debt owed by the water system to the general fund that has been carried forward year after year for a long time.

I do not know how that debt was incurred but however we got here, we are in a situation where our water system appears to have savings but in fact does not. Our sewer system is in better shape, but there too, our revenues have not provided sufficient savings and that system is about $72,000 in debt to the general fund. I’ve discussed these issues with the town staff and our water manager Keith Hansen (who also manages District 3). Our fiduciary responsibility means that we have to address this issue now, rather than further delay a change in course.

Because our tax payers are a larger group than our water customers, it would not be fair for the general fund simply to forgive this debt (even if it could afford to). So, the proposed budget that I recommend to the Town Council will include revenues from increases in our water and sewer rates. I know that some customers will be unhappy to pay more for these services, but the truth is that we have been paying less than we should have.

In the year to come, I hope to marshal town staff and other resources to conduct an analysis of our water and sewer systems’ needs, cash flows, and reserves. But with budget season immediately upon us, we are thinking instead of the rule of thumb of saving an amount equal to 10% of the budget each year. I’m proposing that we do that plus begin to pay off the debt of the water and sewer systems. The net effect will be about a 20% increase in water and sewer rates.

We seem to live in a time when many people – including public officials – do not want to face facts. But when it comes to water and sewer, we better not put our heads in the sand.